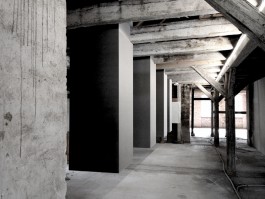 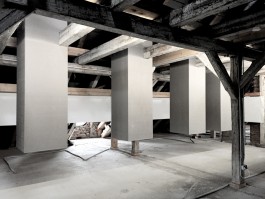 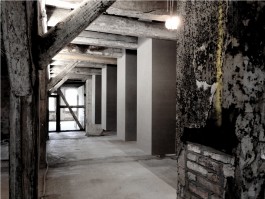 All four one | one four all (2015), is a site-specific construction of four seemingly homogenous columns suspended in quiet unity from beams located in the attic space of the Kranich Museum, Hessenburg, Germany. Challenging preconceived expectations of architecture, the piece confronts the notion of the foundation by securing the structures from the space’s existing rafters. Moments of ambiguity present themselves as the columns disrupt existing spatial rhythms, whilst presenting new possibilities for navigation. Despite their increasing differences, they reveal their ultimate interconnectedness, fidelity and union.